Revolution in Mind: The Creation of Psychoanalysis (Hardcover) 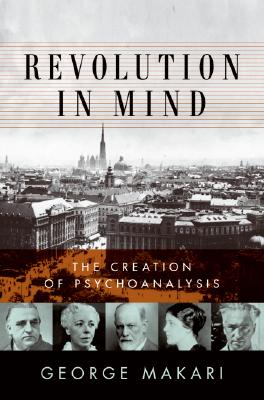 Revolution in Mind: The Creation of Psychoanalysis (Hardcover)

A masterful history of one of the most important movements of our time, Revolution in Mind is a brilliant, engaging, and radically new work—the first ever to fully account for the making of psychoanalysis. In a sweeping narrative, George Makari demonstrates how a new way of thinking about inner life coalesced and won followers who spread this body of thought throughout the West. Along the way he introduces the reader to a fascinating array of characters, many of whom have been long ignored or forgotten.

Amid great ferment, Sigmund Freud emerged as a creative, interdisciplinary thinker who devised a riveting new theory of the mind that attracted acolytes from the very fields the Viennese doctor had mined for his synthesis. These allies included Eugen Bleuler, Carl Jung, and Alfred Adler, all of whom eventually broke away and accused the Freudian community of being unscientific. Makari reveals how in the wake of these crises, innovators like Sándor Ferenczi, Wilhelm Reich, Melanie Klein, and others reformed psychoanalysis, which began to gain wide acceptance only to be banished from the continent and sent into exile due to the rise of fascism.

Groundbreaking, insightful, and compulsively readable, Revolution in Mind goes beyond myth and polemic to give us the story of one of the most controversial intellectual endeavors of the twentieth century.

George Makari is director of Cornell's Institute for the History of Psychiatry, associate professor of psychiatry at Weill Medical College, adjunct associate professor at Rockefeller University, and a faculty member of Columbia University's Psychoanalytic Center. His writings on the history of psychoanalysis have won numerous awards. He lives in New York City

“George Makari has written nothing less than a history of the modern mind.”
— Paul Auster

“The best informed history of psychoanalysis. Freud’s context is more fully elaborated by Makari than ever before.”
— Harold Bloom

“An excellent, fascinating, and definitive history of psychoanalysis up to 1945. A tour de force.”
— Murray Gell Mann