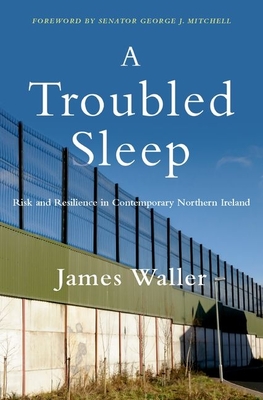 
Backordered. There will likely be a delay in getting this book
In contemporary Northern Ireland, more than two decades after the peace agreement that ended the thirty-year sectarian violence known as the Troubles the risk of a return to violent conflict is not only present but growing. Drawing on ethnographic fieldwork, comparative research, and over 110 hours of face-to-face interviews with a diverse range of political, academic, civil society, and community actors across Northern Ireland, A Troubled Sleep revisits one of the world's most deeply divided societies to analyze
Northern Ireland's current vulnerabilities, and points of resilience, as an allegedly post-conflict society. By examining the Northern Ireland example, Waller presents deep insight into what happens when identity politics prevail over democracy, when a paralysis in governance leads to a political
vacuum for extremist voices to exploit, when de facto social segregation becomes normalized, when acclimatization to violence becomes a generational legacy, and when questions of who we are become secondary to who we are not.

James Waller is Cohen Professor of Holocaust and Genocide Studies, and chair of that same department, at Keene State College (NH-US). He is the author of five books, most notably Becoming Evil: How Ordinary People Commit Genocide and Mass Killing and Confronting Evil: Engaging Our Responsibility toPrevent Genocide. Waller has held numerous visiting professorships, most recently as an honorary visiting research professor in the George J. Mitchell Institute for Global Peace, Justice and Security at Queen's University in Belfast, Northern Ireland (2017), as well as participating in policymakingand diplomatic efforts to prevent and respond to genocide and violent conflict. In 2017, he was the inaugural recipient of the Engaged Scholarship Prize from the International Association of Genocide Scholars in recognition of his exemplary engagement in advancing genocide awareness and prevention.