Echoes of Enlightenment: The Life and Legacy of the Tibetan Saint Sonam Peldren (Hardcover) 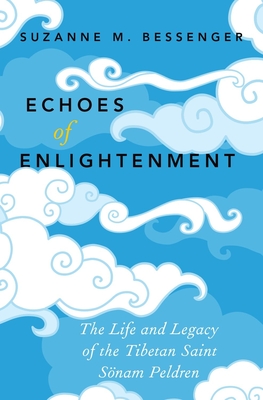 Echoes of Enlightenment: The Life and Legacy of the Tibetan Saint Sonam Peldren (Hardcover)


This book has been declared out of stock indefinitely, so we are unlikely to be able to get it.
Echoes of Enlightenment explores the issues of gender and sainthood raised by the recently discovered liberation story of the fourteenth-century Tibetan female Buddhist practitioner S nam Peldren. Born in 1328, S nam Peldren spent most of her adult life as a nomad in eastern Tibet until her death in 1372. She is believed to have been illiterate, lacking religious education, and unconnected to established religious institutions. For that reason, and because as a woman her claims of religious
authority would have been constantly questioned, S nam Peldren's success in legitimizing her claims of divine identity appear all the more remarkable. Today the site of her death is recognized as sacred by local residents. Suzanne Bessenger draws on the new-found biography of the saint to understand how the written record of the saint's life is shaped both by the hagiographical agendas of its multiple authors and by the dictates of the genres of Tibetan religious literature, including biography and poetry. She
considers S nam Peldren's enduring historical legacy as a fascinating piece of Tibetan history that reveals much about the social and textual machinations of saint production. Finally, she identifies S nam Peldren as one of the earliest recorded instances of a historical Tibetan woman successfully
using the uniquely Tibetan hermeneutic of deity emanation to achieve religious authority.

Suzanne M. Bessenger is Assistant Professor of Religious Studies at Randolph College. Her research explores Tibetan Buddhist biographies, cults of saints, and conceptions of gender. She lives in Richmond, Virginia, with her family.