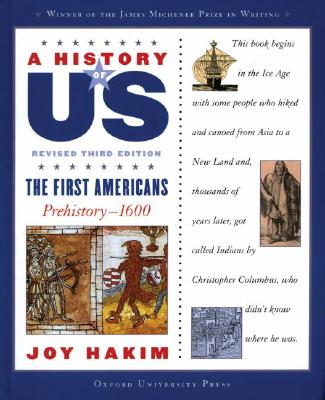 This is book number 1 in the History of Us series.

Joy Hakim, a former teacher, editor, and writer won the prestigious James Michener Prize for her series, A History of US, which has sold over 4 million copies nationwide. A graduate of Smith College and Goucher College she spent years teaching students from elementary school up to the college level. She also served as an Associate Editor at Norfolk's Virginian-Pilot, and was an Assistant Editor at McGraw-Hill's World News.