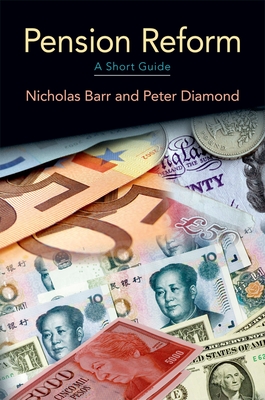 
We can usually get this book in 3 to 7 days, except during a pandemic. We are doing our best
(This book cannot be returned, even for store credit.)
Mandatory pensions are a worldwide phenomenon. However, with fixed contribution rates, monthly benefits, and retirement ages, pension systems are not consistent with three long-run trends: declining mortality, declining fertility, and earlier retirement. Many systems need reform. This book
gives an extensive nontechnical explanation of the economics of pension design. The theoretical arguments have three elements: * Pension systems have multiple objectives--consumption smoothing, insurance, poverty relief, and redistribution. Good policy needs to bear them all in mind. * Good analysis should be framed in a second-best context-- simple economic models are a bad guide to policy design in a world with imperfect information and decision-making, incomplete markets and taxation. * Any choice of pension system has risk-sharing and distributional consequences, which the book recognizes explicitly. Barr and Diamond's analysis includes labor markets, capital markets, risk sharing, and gender and family, with comparison of PAYG and funded systems, recognizing that the suitable level of funding differs by country. Alongside the economic principles of good design, policy must also take account of a country's capacity to implement the system. Thus the theoretical analysis is complemented by discussion of implementation, and of experiences, both good and bad, in many countries, with particular attention to Chile
and China.

Nicholas Barr is Professor of Public Economics at the London School of Economics, the author of numerous books and articles, and a Trustee of HelpAge International. He spent two periods at the World Bank working on income transfers in Central and Eastern Europe and has been a Visiting Scholar atthe Fiscal Affairs Department at the IMF. He has been active in debates about pension reform and higher education finance, advising governments in the post-communist countries, and in the UK, Australia, Chile, China, Hungary, New Zealand and South Africa. Peter Diamond is an Institute Professor and professor of economics at MIT where he has taught since 1966. He has been President of the American Economic Association, of the Econometric Society, and of the National Academy of Social Insurance. He first consulted to U.S. Congress about Social Securityreform in 1974. He has consulted about social security to the World Bank and has written about social security in Chile, China, France, Germany, Italy, the Netherlands, Spain, Sweden and the UK as well as the US.