Billy Wilder: Dancing on the Edge (Film and Culture) (Hardcover) 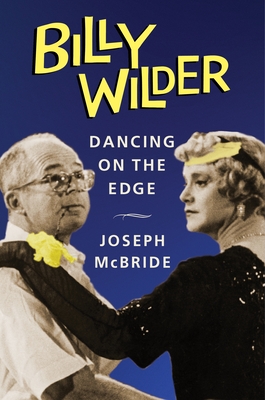 Billy Wilder: Dancing on the Edge (Film and Culture) (Hardcover)


On Our Shelves Now as of 24 Hours Ago. Call first to confirm.
The director and cowriter of some of the world's most iconic films--including Double Indemnity, Sunset Blvd., Some Like It Hot, and The Apartment--Billy Wilder earned acclaim as American cinema's greatest social satirist. Though an influential fixture in Hollywood, Wilder always saw himself as an outsider. His worldview was shaped by his background in the Austro-Hungarian Empire and work as a journalist in Berlin during Hitler's rise to power, and his perspective as a Jewish refugee from Nazism lent his films a sense of the peril that could engulf any society. In this critical study, Joseph McBride offers new ways to understand Wilder's work, stretching from his days as a reporter and screenwriter in Europe to his distinguished as well as forgotten films as a Hollywood writer and his celebrated work as a writer-director. In contrast to the widespread view of Wilder as a hardened cynic, McBride reveals him to be a disappointed romantic. Wilder's experiences as an exile led him to mask his sensitivity beneath a veneer of wisecracking that made him a celebrated caustic wit. Amid the satirical barbs and exposure of social hypocrisies, Wilder's films are marked by intense compassion and a profound understanding of the human condition. Mixing biographical insight with in-depth analysis of films from throughout Wilder's career as a screenwriter and director of comedy and drama, and drawing on McBride's interviews with the director and his collaborators, this book casts new light on the full range of Wilder's rich, complex, and distinctive vision.
Joseph McBride is a film historian and professor in the School of Cinema at San Francisco State University. His many books include the critical study How Did Lubitsch Do It? (Columbia, 2018) as well as acclaimed biographies of Frank Capra, John Ford, and Steven Spielberg and three books on Orson Welles.