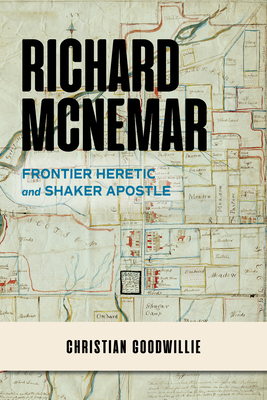 The first biography of a key and complex American religious figure of the nineteenth century, considered by many to be the father of Shaker literature.

Richard McNemar (1770-1839) led a remarkable life, replete with twists and turns that influenced American religions in many ways during the early nineteenth century. Beginning as a Presbyterian minister in the Midwest, he took his preaching and the practice of his congregation in a radically different, evangelical free will direction during the Kentucky Revival. A cornerstone of his New Light church in Ohio was spontaneous physical movement and exhortations. After Shaker missionaries arrived, McNemar converted and soon played a prominent role in expanding and raising public awareness of their religion by founding Shaker communities in the Midwest, becoming the first Shaker published author and the most prolific composer of Shaker hymns.

Split between two opposing religious traditions--an evangelical movement attracting tens of thousands and Shakerism, which drew only hundreds to its villages--Richard McNemar's life poses a challenge for any biographer. Christian Goodwillie's mastery of the archival records surrounding McNemar and the Shakers allows him to tell McNemar's story in a way that fully captures the complexity of the man and the scope of his enduring legacy in American religious history.

Christian Goodwillie is the director and curator of special collections at the Burke Library of Hamilton College in Clinton, New York. He was curator of collections at Hancock Shaker Village in Pittsfield, Massachusetts, from 2001 to 2009. He has served as president of the Communal Studies Association and was recognized with their Distinguished Scholar Award in 2021. He has authored, co-authored, or edited eleven books and has written numerous articles on the Shakers and other intentional communities, early American history, Freemasonry, and other topics.