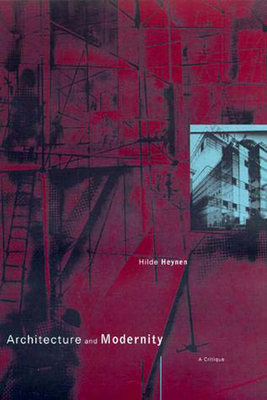 Bridges the gap between the history and theory of twentieth-century architecture and cultural theories of modernity.

In this exploration of the relationship between modernity, dwelling, and architecture, Hilde Heynen attempts to bridge the gap between the discourse of the modern movement and cultural theories of modernity. On one hand, she discusses architecture from the perspective of critical theory, and on the other, she modifies positions within critical theory by linking them with architecture. She assesses architecture as a cultural field that structures daily life and that embodies major contradictions inherent in modernity, arguing that architecture nonetheless has a certain capacity to adopt a critical stance vis- -vis modernity.

Besides presenting a theoretical discussion of the relation between architecture, modernity, and dwelling, the book provides architectural students with an introduction to the discourse of critical theory. The subchapters on Walter Benjamin, Ernst Bloch, Theodor Adorno, and the Venice School (Tafuri, Dal Co, Cacciari) can be studied independently for this purpose.