The Phantom of Thomas Hardy (Hardcover) 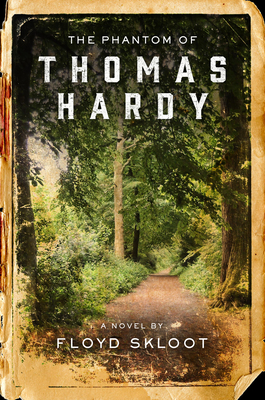 The Phantom of Thomas Hardy (Hardcover)


On Our Shelves Now as of 24 Hours Ago. Call first to confirm.
On a street in Dorchester, England, there is a gateway between real and imagined lives. A plaque identifies a Barclays Bank building as “lived in by the Mayor of Casterbridge in Thomas Hardy’s story of that name written in 1885.”
In this imaginative novel, worlds continue to collide as Floyd, an American writer recovering from a devastating neuro-viral attack, and his wife, Beverly, immerse themselves in Hardy’s world. While pondering the enigma of a fictional character living in a factual building, Floyd is approached by Hardy himself—despite his death in 1928.
This phantom—possibly conjured out of Floyd’s damaged brain—tasks the Americans with finding out what Hardy missed in love. Embarking on their quest, they visit Hardy’s birthplace, home, and grave, exploring the Dorset landscape and the famous novels with their themes of tormented love. Peering into the Victorian past, they slowly dismantle the clutter of screens that Hardy placed around his private life, even as their own love story unfolds, filled with healing and hope.
Floyd Skloot is an award-winning writer of fiction, essays, poetry, and creative nonfiction. His twenty books include Revertigo: An Off-Kilter Memoir and The Wink of the Zenith: The Shaping of a Writer’s Life. He lives in Portland, Oregon.
“A rare book—entertaining and erudite, emotionally resonant, and enviably learned. Skloot writes with a deep compassion and curiosity about the private and public personas of Thomas Hardy in what is both a work of fiction and an unconventional, original memoir.”—Christine Sneed, author of Paris, He Said

“This strikingly original book crosses the boundaries of genre in daring ways, as we observe a fictional self in pursuit of a phantom, another self, the soul of a great author. This is a work of memoir, fantasy, literary biography, spiritual questing—and more. As ever, Skloot draws on deep reserves of intellectual and emotional energy. A remarkable achievement.”—Jay Parini, author of The Last Station

“Only the inventive Floyd Skloot could come up with—and gorgeously pull off—an experiment like The Phantom of Thomas Hardy. With the intensity of a fevered dream, he seeks his own self-integration after brain trauma while digging around, assembling, and imagining the history of the elusive Hardy. Blending memoir, reportage, literary analysis, and historical fiction (who does that?) Skloot dazzles with the depth of his research, and enchants with his signature vivid, precise, and thoroughly delicious prose.”—Jeanne Marie Laskas, author of Concussion