The British Way of War: Julian Corbett and the Battle for a National Strategy (Hardcover) 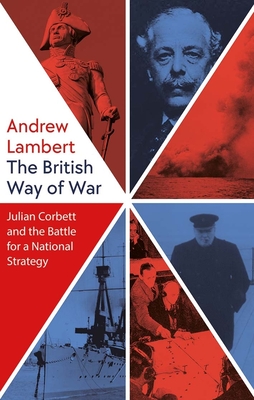 The British Way of War: Julian Corbett and the Battle for a National Strategy (Hardcover)


This book has been declared out of stock indefinitely, so we are unlikely to be able to get it.
How a strategist's ideas were catastrophically ignored in 1914—but shaped Britain’s success in the Second World War and beyond

Leading historian Andrew Lambert shows how, as a lawyer, civilian, and Liberal, Julian Corbett (1854–1922) brought a new level of logic, advocacy, and intellectual precision to the development of strategy.

Corbett skillfully integrated classical strategic theory, British history, and emerging trends in technology, geopolitics, and conflict to prepare the British state for war. He emphasized that strategy is a unique national construct, rather than a set of universal principles, and recognized the importance of domestic social reform and the evolving British Commonwealth. Corbett's concept of a maritime strategy, dominated by the control of global communications and economic war, survived the debacle of 1914–18, when Britain used the German "way of war" at unprecedented cost in lives and resources. It proved critical in the Second World War, shaping Churchill’s conduct of the conflict from the Fall of France to D-Day. And as Lambert shows, Corbett’s ideas continue to influence British thinking.
Andrew Lambert is Laughton Professor of Naval History at King’s College, London, and a fellow of the Royal Historical Society. He is the author of Seapower States.

“Andrew Lambert trawls through all of the relevant archives to uncover Corbett’s life and times, and then to overturn the standard accounts of British seapower from 1895 to 1915. This outstanding work will become an essential text for anyone interested in naval history and strategy.”—John Ferris, author of Behind the Enigma

“Andrew Lambert, the leading naval historian of our generation, writing a biography of Sir Julian Corbett, the best maritime strategist ever: this is a perfect match.  The result is a tremendously erudite, beautifully written study of Corbett’s thoughts and world in all its detail, against the background of Britain’s global politics of his times.”—Beatrice Heuser, author of The Evolution of Strategy