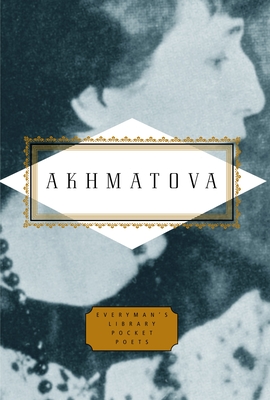 
We can usually get this book in 3 to 7 days, except during a pandemic. We are doing our best
A legend in her own time both for her brilliant poetry and for her resistance to oppression, Anna Akhmatova—denounced by the Soviet regime for her “eroticism, mysticism, and political indifference”—is one of the greatest Russian poets of the twentieth century.

Before the revolution, Akhmatova was a wildly popular young poet who lived a bohemian life. She was one of the leaders of a movement of poets whose ideal was “beautiful clarity”—in her deeply personal work, themes of love and mourning are conveyed with passionate intensity and economy, her voice by turns tender and fierce. A vocal critic of Stalinism, she saw her work banned for many years and was expelled from the Writers’ Union—condemned as “half nun, half harlot.” Despite this censorship, her reputation continued to flourish underground, and she is still among Russia’s most beloved poets.

Here are poems from all her major works—including the magnificent “Requiem” commemorating the victims of Stalin’s terror—and some that have been newly translated for this edition.
Anna Akhmatova was born Anna Gorenko in 1888 and died in 1966. A popular poet of the Acmeist school, she took a pseudonym when her upper-class father objected to her "decadent" choice of career. She was married to the Acmeist poet Gumilev from 1910 until 1918, and spent time in Paris, where she posed nude for Modigliani. After the Revolution, Akhmatova remained silent for two decades. Her ex-husband was executed in 1921, their son was imprisoned for sixteen years, and her third husband died in a Siberian prison camp. She began publishing again at the outbreak of World War II, and her writings regained popularity despite being harshly denounced by the Soviet regime in 1946 and 1957 for "bourgeois decadence." Ejected from the Writers' Union in 1946, she was made its president two years before her death in 1966. Her greatest poem, "Requiem," gives voice to the suffering of those who, like the poet, spent many years waiting outside prison walls for word of their sons, husbands, or lovers. It was not published in its entirety in Russia until 1987.

Peter Washington is the editor of many of the Everyman's Library Pocket Poets, including Love Poems, and is the author of Madame Blavatsky's Baboon: A History of the Mystics, Mediums, and Misfits Who Brought Spiritualism to America.