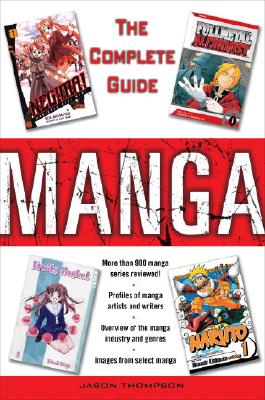 
On Our Shelves Now as of 24 Hours Ago. Call first to confirm.
Reviews of more than 900 manga series
Ratings from 0 to 4 stars
Guidelines for age-appropriateness
Number of series volumes
Background info on series and artists
THE ONE-STOP RESOURCE FOR CHOOSING BETWEEN THE BEST AND THE REST
Whether you re new to the world of manga-style graphic novels or a longtime reader on the lookout for the next hot series, here's a comprehensive guide to the wide, wonderful world of Japanese comics
Incisive, full-length reviews of stories and artwork
Titles rated from zero to four stars skip the clunkers, but don t miss the hidden gems
Guidelines for age-appropriateness from strictly mature to kid-friendly
Profiles of the biggest names in manga, including CLAMP, Osamu Tezuka, Rumiko Takahashi, and many others
The facts on the many kinds of manga know your shojo from your shonen
An overview of the manga industry and its history
A detailed bibliography and a glossary of manga terms
LOOK NO FURTHER, YOU VE FOUND YOUR IDEAL MANGA COMPANION
Jason Thompson has over ten years experience as a manga editor, working at SHOHEN JUMP magazine and other publications. His writing has appeared in Animerica and The Comics Journal.