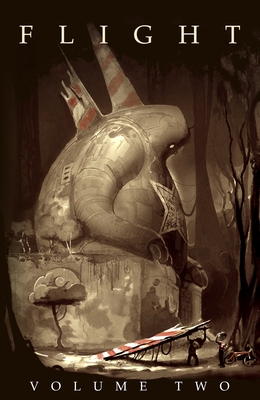 This is book number 2 in the Flight series.

The graphic novel anthology that solidified the stature of the FLIGHT series as one of the most thoughtful, beautifully rendered works in the field.

"The first Flight anthology was one of those universally-beloved comics, and the second volume is maybe a little bit better." -- The Fourth Rail for Flight, Volume Two

"The quality is simply outstanding. It's probably safe to say that among its 432 pages, Flight has something to offer just about everyone." -- Comixfan.com for Flight, Volume Two