At the Heart of the Coral Triangle: Celebrating Biodiversity (Hardcover) 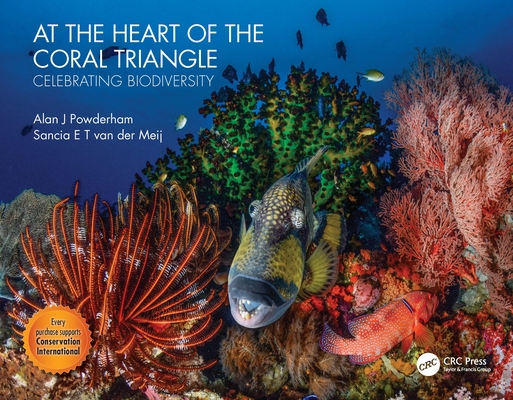 At the Heart of the Coral Triangle: Celebrating Biodiversity (Hardcover)

The Coral Triangle, straddling the confluence of the Indian and Pacific Oceans, harbours the greatest biodiversity of marine life on the planet. It is home to a wondrous variety, including 75% of the world's coral species and around 2500 species of fish. The biological and environmental diversity is driven by the volcanically active and complex geology of the so called 'Ring of Fire'. Habitats range from underwater slopes of volcanic black sand to extensive coral reefs in atolls and vast calderas. While clearly vulnerable to increasing global threats such as climate change, pollution and overfishing, the Coral Triangle currently features some the richest coral reefs in the world.

With stunning photography supported by an engaging and accessible text, this book highlights and celebrates this biodiversity along with the underlying message that it needs our care and protection before it is too late.

Alan Powderham has been a scuba diver and underwater photographer for over 40 years having his first book, Venezuela Submarina, on the marine life of the southern Caribbean published in 1983. By profession he is an engineering consultant specialising in sustainable solutions and environmental engineering, promoting green and low carbon technology.Sancia van der Meij is a tropical marine biologist. She is an assistant professor at the University of Groningen, where she heads her own lab on diversification and symbiosis on coral reefs, and an honorary researcher at Naturalis Biodiversity Center. She has extensive field experience in the Coral Triangle (and beyond) since 2005.