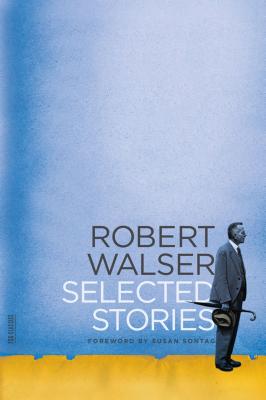 By Robert Walser, Christopher Middleton (Translated by), Susan Sontag (Foreword by)
$17.00
We can usually get this book in 3 to 5 days, except during a pandemic. We are doing our best

In her preface to Robert Walser's Selected Stories, Susan Sontag describes Walser as "a good-humored, sweet Beckett." The more common comparison is to "a comic Kafka." Both formulations effectively describe the reading experience in these stories: the reader is obviously in the presence of a mind-bending genius, but one characterized by a wry, buoyant voice, as apparently cheerful as it is disturbing.

Walser is one of the twentieth century's great modern masters—revered by everyone from Walter Benjamin to Hermann Hesse to W. G. Sebald—and Selected Stories gives the fullest display of his talent. "He is most at home in the mode of short fiction," according to J. M. Coetzee in The New York Review of Books. The stories "show him at his dazzling best."

Robert Walser was born in Switzerland in 1878. He wrote nine novels and hundreds of stories before being hospitalized for mental illness in 1933. He died in 1956.

Christopher Middleton is a poet and translator of Nietzsche, Goethe, and Robert Walser's third novel, Jakob von Gunten (University of Texas Press, 1969). He is the recipient of the Schlegel-Tieck Translation Prize.

Susan Sontag was the author of four novels, including The Benefactor, Death Kit, The Volcano Lover, and In America, which won the 2000 National Book Award for fiction; a collection of stories, I, etcetera; several plays, including Alice in Bed; and nine works of essays, among then On Photography, which won the National Books Critics Circle Award for criticism. In 2001, Sontag was awarded the Jerusalem Prize for the body of her work. She died in New York City in 2004.

"[A] great novelist, one of the last century's finest."—The Independent

"An excellent introduction to a masterful writer."—Publishers Weekly