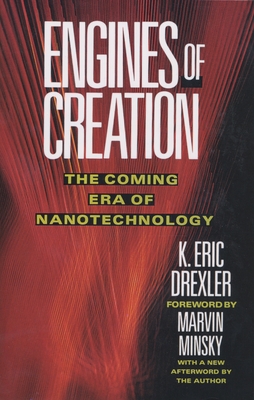 This brilliant work heralds the new age of nanotechnology, which will give us thorough and inexpensive control of the structure of matter.  Drexler examines the enormous implications of these developments for medicine, the economy, and the environment, and makes astounding yet well-founded projections for the future.

K. Eric Drexler is an American engineer best known as the founding father of nanotechnology. Drexler popularized the potential of molecular nanotechnology during his years of study at the Massachusetts Institute of Technology. He earned three degrees from MIT; a B.S. in Interdisciplinary Sciences, an M.S. in Astro/Aerospace Engineering, and a Ph.D. from the MIT Media Lab. His thesis on molecular nanotechnology, the first doctoral degree on the topic, was published as Nanosystems: Molecular Machinery, Manufacturing, and Computation (1992). The book received the Association of American Publishers award for Best Computer Science Book of 1992. He currently resides in Oxford.