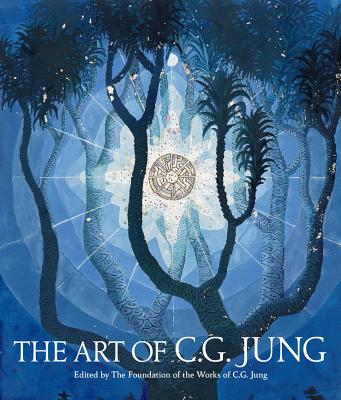 By The Foundation of the Works of C.G. Jung

A lavishly illustrated volume of C.G. Jung’s visual work, from drawing to painting to sculpture.

A world-renowned, founding figure in analytical psychology, and one of the twentieth century’s most vibrant thinkers, C.G. Jung imbued as much inspiration, passion, and precision in what he made as in what he wrote. Though it spanned his entire lifetime and included painting, drawing, and sculpture, Jung’s practice of visual art was a talent that Jung himself consistently downplayed out of a stated desire never to claim the title “artist.” But the long-awaited and landmark publication, in 2009, of C.G. Jung’s The Red Book revealed an astonishing visual facet of a man so influential in the realm of thought and words, as it integrated stunning symbolic images with an exploration of “thinking in images” in therapeutic work and the development of the method of Active Imagination. The remarkable depictions that burst forth from the pages of that calligraphic volume remained largely unrecognized and unexplored until publication.

The release of The Red Book generated enormous interest in Jung’s visual works and allowed scholars to engage with the legacy of Jung’s creativity. The essays collected here present previously unpublished artistic work and address a remarkably broad spectrum of artistic accomplishment, both independently and within the context of The Red Book, itself widely represented. Tracing the evolution of Jung’s visual efforts from early childhood to adult life while illuminating the close relation of Jung’s lived experience to his scientific and creative endeavors, The Art of C.G. Jung offers a diverse exhibition of Jung’s engagement with visual art as maker, collector, and analyst.

The Foundation of the Works of C.G. Jung, based in Zurich, was established by the community of heirs of C.G. Jung in 2007. The present foundation is dedicated to the maintenance and development of the literary and creative heritage of Carl Gustav Jung and his wife, Emma Jung-Rauschenbach.