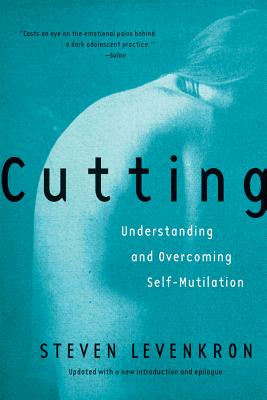 Nearly a decade ago, Cutting boldly addressed a traumatic psychological disorder now affecting as many as two million Americans and one in fifty adolescents. More than that, it revealed self-mutilation as a comprehensible, treatable disorder, no longer to be evaded by the public and neglected by professionals. Using copious examples from his practice, Steven Levenkron traces the factors that predispose a personality to self-mutilation: genetics, family experience, childhood trauma, and parental behavior. Written for sufferers, parents, friends, and therapists, Cutting explains why the disorder manifests in self-harming behaviors and describes how patients can be helped.

Steven Levenkron is a psychotherapist and the author of seven previous books, including Cutting and The Anatomy of Anorexia. He lives and practices in New York City.
Casts an eye on the emotional pains behind a dark adolescent practice.
— Salon

Levenkron understands well the need for sharing basic information about this taboo subject as well as strategies for treatments. As a therapist who has worked with this problem for more than twenty years, he has much to offer.... Well written and engaging, [Cutting] educates the reader about a subject on which too little has been written.

Clear and comprehensive information on the causes and effective treatments of this mysterious disorder.
— Publishers Weekly