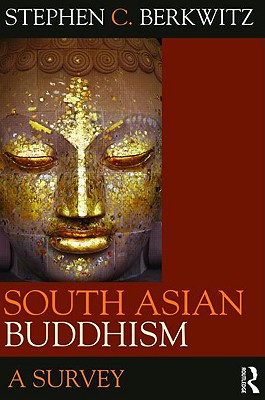 South Asian Buddhism presents a comprehensive historical survey of the full range of Buddhist traditions throughout South Asia from the beginnings of the religion up to the present. Starting with narratives on the Buddha's life and foundational teachings from ancient India, the book proceeds to discuss the rise of Buddhist monastic organizations and texts among the early Mainstream Buddhist schools. It considers the origins and development of Mahayana Buddhism in South Asia, surveys the development of Buddhist Tantra in South Asia and outlines developments in Buddhism as found in Sri Lanka and Nepal following the decline of the religion in India. Berkwitz also importantly considers the effects of colonialism and modernity on the revivals of Buddhism across South Asia in the nineteenth and twentieth centuries.

South Asian Buddhism offers a broad, yet detailed perspective on the history, culture, and thought of the various Buddhist traditions that developed in South Asia. Incorporating findings from the latest research on Buddhist texts and culture, this work provides a critical, historically based survey of South Asian Buddhism that will be useful for students, scholars, and general readers.

Stephen C. Berkwitz is Associate Professor of Religious Studies at Missouri State University, USA, and Editor of the Routledge Critical Studies in Buddhism series. His publications include The History of the Buddha's Relic Shrine: A Translation of the Sinhala Thupavasa (2007).