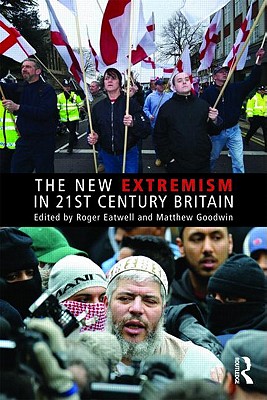 Since the 1990s, there has been a growing concern about the resurgence of extremist and radical movements in the Western world. Although a variety of challenges to the liberal democratic order have emerged, the main focus of concern among academics, policy-makers and practitioners within Europe and beyond has been on the growth and activities of Islamists and to a lesser extent the extreme right. However, these forms of extremism are seldom placed alongside each other, and in a manner that is sensitive to both the causes and consequences of extremist mobilization. This book presents new empirical research on the causes of these two 'new' extremisms in 21st Century Britain and the appropriate responses to it by both the state and civil society.

Both forms of extremism pose vital questions for those concerned with the development of a more cohesive and stable society. Unlike many studies, this volume adopts a holistic approach, bringing together experts from a variety of disciplines to examine the factors that cause support and the potential policy responses, including key questions such as:

What is the current level of support for Islamism and right-wing extremism? Who votes for extreme right parties such as the BNP in modern Britain and, despite its recent gains, why has the extreme right achieved only limited success? What are the steps of recruitment into radical violent takfiri jihadism? How effective are current responses to Islamism and the extreme right, such as those offered by Preventing Violent Extremism (PVE), wider public policy and policing? What is the potential role of political actors, media and civil society in responding to the extremist challenge?

Challenging broad assumptions and bringing together leading scholars in this rapidly developing field, this work is essential reading for all those with an interest in terrorism, fascism, political extremism, social cohesion and the future of race relations.

Roger Eatwell is Professor of Comparative European Politics at the University of Bath. His research has focused on a variety of issues relating to extremism, especially historic fascism and the contemporary extreme right. Matthew Goodwin is ESRC Postdoctoral Research Fellow, University of Manchester. His research focuses on contemporary extremism, community cohesion and political behaviour.