Anarchism and Other Essays (Dover Books on History) (Paperback) 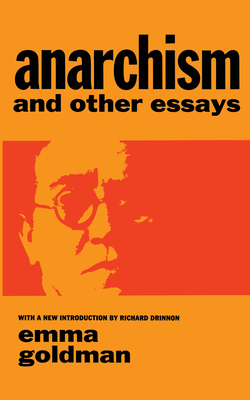 Anarchism and Other Essays (Dover Books on History) (Paperback)

In the 1890s and for years thereafter, America reverberated with the name of the "notorious Anarchist," feminist, revolutionist, and agitator, Emma Goldberg. A Russian Jewish immigrant at the age of 17, she moved by her own efforts from seamstress in a clothing factory to internationally known radical lecturer, writer, editor, and friend of the oppressed. This book is a collection of her remarkably penetrating essays, far in advance of their time, originally published by the Mother Earth press which she founded.
In the first of these essays, Anarchism: What It Really Stands For, she says, "Direct action, having proven effective along economic lines, is equally potent in the environment of the individual." In Minorities Versus Majorities she holds that social and economic well-being will result only through "the non-compromising determination of intelligent minorities, and not through the mass." Other pieces deal with The Hypocrisy of Puritanism; Prisons: A Social Crime and Failure; The Psychology of Political Violence; The Drama: A Powerful Disseminator of Radical Thought; Patriotism: A Menace to Liberty; and The Tragedy of Woman's Emancipation. A biographical sketch by Hippolyte Havel precedes the essays.
Anarchism and Other Essays provides a fascinating look into revolutionary issues at the turn of the century, a prophetic view of the social and economic future, much of which we have seen take place, and above all, a glimpse into the mind of an extraordinary woman: brilliant, provocative, dedicated, passionate, and what used to be called "high-minded."