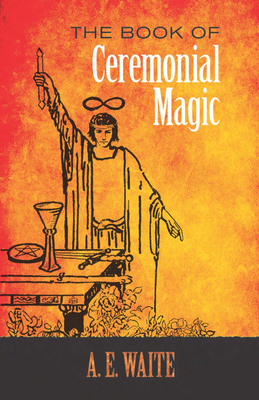 
We can usually get this book in 3 to 7 days, except during a pandemic. We are doing our best
(This book cannot be returned, even for store credit.)
Noted occult historian A. E. Waite created this meticulously researched survey in order to unite and interpret the scattered and often-inaccessible details of magical traditions. Part I contains essential passages from prominent magical texts dating from the fourteenth, fifteenth, and sixteenth centuries; Part II analyzes these texts from a modern perspective.
A century after its debut, Waite's work remains among the best sources of information on occult subjects related to the study of the supernatural. Although the author does not condone the practice of black magic, he defends occult practitioners and praises the disciplines of astrology and alchemy. Modern readers will find this book an extraordinarily complete tour of the history of magic, replete with details of casting spells, conjuring spirits, and other occult practices.
Best known as the co-creator of the popular Rider-Waite Tarot deck, A. E. Waite (1857-1952) is the author of the widely consulted Pictorial Key to the Tarot. Waite was also a noted historian of the occult and a respected expert on ceremonial magic whose many books included surveys of Rosicrucianism, Kabbalism, Freemasonry, and alchemy.