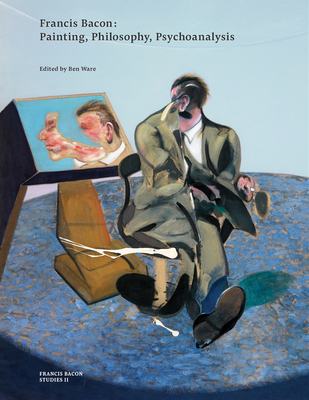 The latest book in a series that seeks to illuminate Francis Bacon’s art and motivations and open up fresh and stimulating ways of understanding his paintings.

Francis Bacon was one of the most important artists of the twentieth century. His works continue to puzzle and unnerve viewers, raising complex questions about their meaning. Over recent decades, two theoretical approaches to Bacon’s work have come to hold sway: first, that Bacon is an existential painter, depicting an absurd and godless world; and second, that he is an antirepresentational painter, whose primary aim is to expose his work directly to the spectator’s “nervous system.”

Francis Bacon draws together some of today’s leading philosophers and psychoanalytic critics to go beyond established readings of Bacon and open up radically new ways of thinking about his art. The essays bring Bacon into dialogue with figures such as Aristotle, Georg Hegel, Sigmund Freud, Jacques Lacan, Theodor Adorno, and Martin Heidegger, and situate his work in the broader contexts of modernism and modernity. The result is a timely and thought- provoking collection that will be essential reading for anyone interested in Bacon, modern art, and contemporary aesthetics.

Ben Ware is a research fellow in philosophy at King’s College London. He is the author of Dialectic of the Ladder: Wittgenstein, the ‘Tractatus’ and Modernism and Modernism, Ethics and the Political Imagination: Living Wrong Life Rightly.