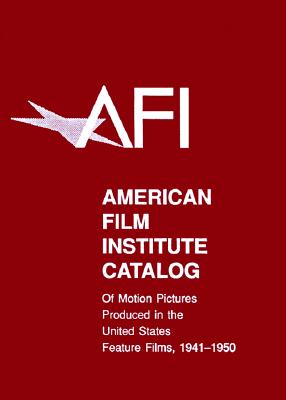 
This book has been declared out of stock indefinitely, so we are unlikely to be able to get it.
The American Film Institute Catalog has won great praise for its comprehensiveness, reliability, and utility. These volumes are an essential purchase for every library, and individual researchers will also find them indispensable. This newest AFI volume contains over 4,300 entries for feature-length films produced in the United States in the 1940s. The decade was an important and transitional one for filmmakers. Societal changes from the war years were reflected in films, and in the late 1940s the rise of television, the Hollywood blacklist, and the breakup of studio-owned theater chains greatly affected the number and types of films produced. Among films newly viewed for the book are such well-known classics as Citizen Kane, The Best Years of Our Lives, and Casablanca, along with less heralded films such as Fighting Men of the Plains and The Strange Death of Adolf Hitler. Entries include complete cast and crew credits, extensive plot summaries, and notes and sources for further study. A large accompanying volume provides access to the films through nine separate indexes, including personal and corporate names, subjects, and genres.