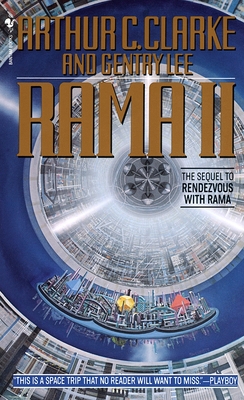 This is book number 2 in the Rama series.

“This is a space trip that no reader will want to miss.”—Playboy

Years ago, the enormous, enigmatic alien spacecraft called Rama sailed through our solar system as mind-boggling proof that life existed—or  had existed—elsewhere in the universe. Now, at the dawn of the twenty-third century, another ship is discovered hurtling toward us.

A  crew of Earth's best and brightest minds is assembled to rendezvous with the massive vessel. They are armed with everything we know about Raman technology and culture. But nothing can prepare them for what they are about to encounter on board Rama II: cosmic secrets that are startling, sensational—and perhaps even deadly.

“A masterpiece . . . one of the year’s best hard SF epics.”—The Houston Post

“This is a space trip that no reader will want to miss.”—Playboy

“A masterpiece . . . one of the year’s best hard SF epics.”—The Houston Post