I Am Pitts: Memoirs of an American Patriot (Paperback) 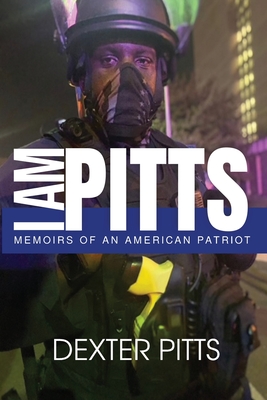 I Am Pitts: Memoirs of an American Patriot (Paperback)

Inspired to serve his country after watching the World Trade Center collapse, Dexter is critically wounded by a roadside bomb blast at the hands of insurgents in Abu Ghraib, Iraq. His physical wounds push him to his limits as he recovers, but his mental and emotional wounds from the battlefield prove to be just as tough to overcome. A failed first marriage, medically retired from the army at 22, stripped of his identity as a soldier, and thrust back into civilian life, he has to construct a new life for himself. But, before he can build a new life, he has two major tasks to undertake: discover his own identity and make peace with his dark skin, which subjected him to untold torture at the hands of his black adolescent peers, resulting in unresolved trauma.

In search of a new tribe, eager to fit in and be accepted, he finds what he is looking for in the most superficial part of society and himself-the color of one's skin.

Dexter's skin provides him a temporary and artificial sense of belonging, but he still feels unfulfilled and unable to answer one of life's greatest questions-who am I? Dexter finds his purpose in a police officer uniform as one of Louisville's finest while he patrols the streets of Louisville, Kentucky. Dexter's new career, accompanied by a new marriage, brought about a new sense of accomplishment he had never known. Unfortunately, 11 months into his new marriage and career, tragedy strikes while he is on duty.

At the age of 26, while wearing his police uniform and standing at the side of his mother's hospital bed, he consented to his mother being taken off life support after she decided to end her pain and suffering with a bullet to her head. His mother's suffering was now over, but his was just beginning. Dexter goes from saving lives as a police officer to being the one needing to be saved as his marriage and career start to crumble in the wake of his mother's suicide.

A lifelong Christian, Dexter starts to question his faith amid his current adversities. Losing the battle to his PTSD (Post Traumatic Stress Disorder), he considers ending his life the same way his mother did, but his sergeant and chain of command save him.

It was in the darkest and most desperate moments of his life, where he uncovers his true identity and self-worth independent of other people's opinion of him.

As a new man with a renewed faith, hope, and vigor for life, he finds a new love and starts a family of his own. Having spent eight years with the police department, he embarks on a new journey and challenge with his family to the southern border of Arizona with the United States Border Patrol. His 19 months odyssey in the Arizona desert comes to a halt when he sees his former police colleagues under attack in Louisville during the 2020 protest and riots. Dexter walks away from a six-figure a year job to rejoin his brother and sister officers on the frontlines of Louisville's civil unrest. His patience and faith are tested daily as he dawns on his uniform and hits the streets to restore peace to a city engulfed in chaos.