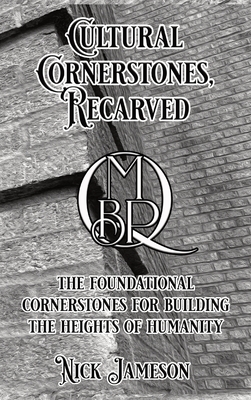 
Backordered. There will likely be a delay in getting this book
(This book cannot be returned, even for store credit.)
For those interested in the theoretical ideologies of Infinite of One's protagonist without the story, this is the final, culminating chapter of Infinite of One (here divided into sections, with some minor fictional elements omitted), during which the protagonist expounds upon his convictions and those societal constructs he believes must stand as humanity's foundational cornerstones in order for our collective edifice to reach its best-balanced, most mutually-beneficial, greatest-enduring heights: Cornerstone #1: True, Representative-Optional Democracy An online 'social media' style democracy in which parties and representatives are optional and unlimited and direct representation is an inviolable right. The true requisites and virtues of democracy are blocked when filtered through parties and upper class representatives in a system in which corruption is endemic and buying politicians is legal, and precludes true democracy. Cornerstone #2: Quality of Life Economics A system of economic theory which asserts that the pursuit of the highest total quality of life of the people is the only moral purpose of economics, and which crafts its indicators accordingly. Cornerstone #3: Business Collectivism A form of business in which a merited equity share is rewarded to every contributor to the company relative to contributory value as an inviolable right. There's no longer being denied a fair share of the bottom line because you aren't wealthy enough to buy ownership of a business, the basis of the exclusionary exploitation of capitalism. Cornerstone #4: Monoexistential Spirituality The unifying force of spiritual knowledge is anathema to the divisions and oppression of religion. We are all finite manifestations of the one infinite being, inseparable from God.