Inheriting Our Names: an Imagined True Memoir of Spain's Pact of Forgetting (Paperback) 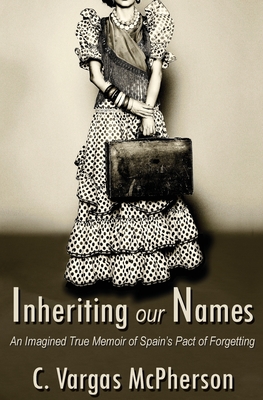 Inheriting Our Names: an Imagined True Memoir of Spain's Pact of Forgetting (Paperback)

My mother, a ghost child like myself, was born in the shadow of my grandmother's devastating and consuming grief, not unlike the pool of despair and sorrow in which I was born. Neither of us viable distractions for our mothers, neither of us salve, much less salvation, from their losses.

In the winter of 1936, the year the Spanish Civil War erupts in Seville, Vargas McPherson's grandfather trembles against the cemetery wall in front of a firing squad. Her grandmother holds her dying first born daughter. Rations are once again cut. And into this profoundly censured grief, Vargas McPherson's mother is born. Silenced through shame, cultural tradition, and Spain's official Pact of Forgetting, her family has unknowingly bequeathed these overwhelming and unnamed tragedies they could not carry themselves.

Each of us carry untold stories from before we were born and in Vargas McPherson's luminous memoir, she seeks to reclaim and name her family's secret history. Traveling to Seville, Vargas McPherson reimagines her family's lives during the brutality of the Spanish Civil War and the Franco dictatorship. There she uncovers layers of religious mysticism, class struggle, and the catastrophic losses uncannily reflected in the names of her family. Unearthing each of the names, she embraces and holds space for the pain endured by her grandmother and mother and arrives at her own transformational truth, releasing her inheritance of grief.

A sweeping epic, rich with sensual and palpable prose, Inheriting Our Names is a searingly poignant and transcendent memoir of family, war, and transgenerational grief.