Imaginomicon: The Gateway to Higher Universes (A Grimoire for the Human Spirit) (Hardcover) 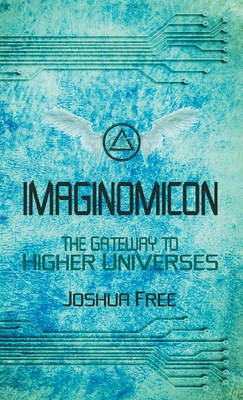 Imaginomicon: The Gateway to Higher Universes (A Grimoire for the Human Spirit) (Hardcover)

A Grimoire to Summon and Invoke, Command and Control, the Most Powerful Spirit to Ever Exist. YOUR SELF.

Ascend Beyond Physical Existence. Fly Free Across All Gateways. Go Back to When it All Began and Reclaim that Personal Universe Where the Spirit once called HOME.

Providing the training necessary to recognize the Gateway bridging Physical and Spiritual Universes; and exercises to practice ability to manage freely crossing the threshold between existences, IMAGINOMICON succeeds where other paths have failed to reach beyond the boundaries of their own paradigms of traditional mysticism and conventional spirituality; libraries filled with magical correspondences, obscure symbols and outdated methods -- none of which have actually brought Seekers any closer to truly "breaking free from the Matrix."

Joshua Free's masterfully presented IMAGINOMICON demonstrates the steps toward true actualized command of a Mind-System, and control of a Body, as operated from "outside of" those Systems, not from an interior viewpoint. This is an optimum position: not only to better handle the Human Condition in this Physical Universe, but also as a Master Key to unlock realizations that make experience of Higher Universes potentially possible.

During this transitional period of Human history, returning an individual's Awareness to its true "Alpha" state is the primary goal. The type of quantum or akashic "Wizardry" of the IMAGINOMICON goes beyond New Age ideas of "astral work" or "mental travel" and any techniques dependent on an "energetic" body. Here, a Seeker gains certainty on conscious abilities to knowingly separate Self (as Spirit) from the Human Condition and Physical Universe and experience existence independent of any Mind-System.

Higher Universes condensed into more rigidly solid environments; each time imposing more barriers, reducing freedoms and narrowing considerations for what Self is willing and able to be, know, do and have. IMAGINOMICON brings a Seeker from being an effect and victim of the Physical Universe, up to a point of knowingly creating from within their own Personal Universe. The Spirit never stopped creating in a Home Universe; bur it agreed to superimpose other creations and conditions as their own. Fragmentation causes this unknowing continuous and compulsive creation to persist on automatic. After countless lifetimes spent with Awareness scattered in fragmentation, isn't it time someone demonstrated how to clean up the pieces and pull your Self back together in wholeness?

Rather than rely on cultural mythologies, imperfect cosmologies and kabbalahs, Mardukite Systemology goes straight to the source, using Arcane Tablets of Mesopotamia as inspiration to chart an effectively workable course for The Pathway to Self-Honesty. This required several former volumes in this series to detail appropriately, including Tablets of Destiny, Crystal Clear and Metahuman Destinations, while we waited patiently at the Systemology Society to finally begin delivering the "Wizard Grade" work.

IMAGINOMICON demonstrates a realization of goals achieved with the very first complete Defragmentation Procedure outline. Precise instructions and references guide a Seeker up the Pathway and through the Gates. This special premiere hardcover edition also includes two supplemental Basic Courses, providing newcomers and returning Seekers with a concise summary of Systemology to date, vocabulary, diagrams and advice for effective use as an applied spiritual philosophy.