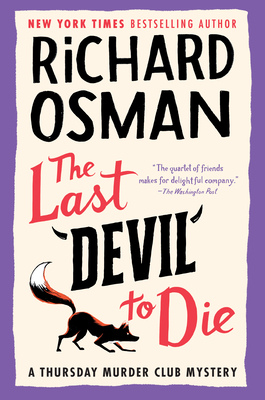 This is book number 4 in the A Thursday Murder Club Mystery series.

A new mystery is afoot in the fourth book in the Thursday Murder Club series from million-copy bestselling author Richard Osman. Coming September 2023!

Readers can’t get enough of the Thursday Murder Club series!

“A thing of joy.” —Kate Atkinson

“Mystery fans are going to be enthralled.” —Harlan Coben

“[Feels] like a reunion with old friends. Clever, witty, and touching, this thriller has it all.” —Lisa Gardner
Richard Osman is an author, producer, and television presenter. Both his first novel, The Thursday Murder Club, and his second, The Man Who Died Twice, were #1 million-copy international bestsellers as well as New York Times bestsellers. He lives in London with his partner, and Liesl the cat.