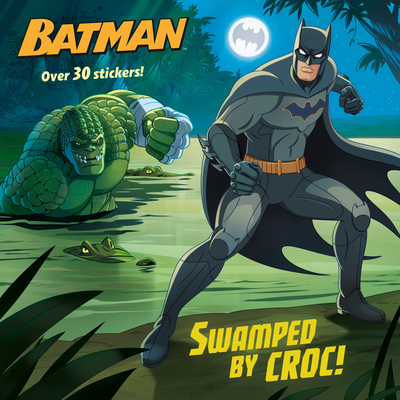 
We can usually get this book in 3 to 7 days, except during a pandemic. We are doing our best
Batman™ wrestles with the villain Croc in this action-packed storybook with stickers!

Batman follows the criminal Croc into the dark waters of the Gotham City swamp-but will the swamp's quicksand prove to be as deadly as his foe? Young Batman and DC Super Hero fans will love the action as their favorite super hero battles the monstrous villain in this full-color storybook that features more than 30 stickers!
Arie Kaplan is the author of several books, both fiction and nonfiction. Most recently, he wrote the Doctor Strange Little Golden Book, which is available now from Penguin Random House. He also wrote three of the stories in the 5-Minute Avengers Stories prose fiction anthology, which is out now from Disney Book Group's Marvel Press imprint. As a nonfiction author, Arie is most well-known for writing the award-winning book From Krakow To Krypton: Jews And Comic Books, which is available now from the Jewish Publication Society.