Guenevere, Queen of the Summer Country: A Novel (Paperback) 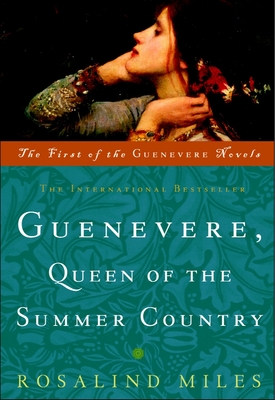 Guenevere, Queen of the Summer Country: A Novel (Paperback)


This book has been declared out of stock indefinitely, so we are unlikely to be able to get it.
Last in a line of proud queens elected to rule the fertile lands of the West, true owner of the legendary Round Table, guardian of the Great Goddess herself . . . a woman whose story has never been told -- until now.

Raised in the tranquil beauty of the Summer Country, Princess Guenevere has led a charmed and contented life -- until the sudden, violent death of her mother, Queen Maire, leaves the Summer Country teetering on the brink of anarchy. Only the miraculous arrival of Arthur, heir to the Pendragon dynasty, allows Guenevere to claim her mother's throne. Smitten by the bold, sensuous princess, Arthur offers to marry her and unite their territories, allowing her to continue to reign in her own right. Their love match creates the largest and most powerful kingdom in the Isles. Yet even the glories of Camelot are not safe from the shadows of evil and revenge. Arthur is reunited with his long-lost half-sisters, Morgause and Morgan, princesses torn from their mother and their ancestral right by Arthur's father, the brutal and unscrupulous King Uther. Both daughters will avenge their suffering, but it is Morgan who strikes the deadliest blows, using her enchantments to destroy all Guenevere holds dear and to force Arthur to betray his Queen.

In the chaos that follows, Arthur dispatches a new knight to Guenevere, the young French prince Lancelot, never knowing that Lancelot's passion for the Queen, and hers for him, may be the love that spells ruin for Camelot.
Rosalind Miles is a well-known and critically acclaimed English novelist, essayist, and broadcaster. Her novels, including Guenevere, I, Elizabeth, and Return to Eden, have been international best-sellers.