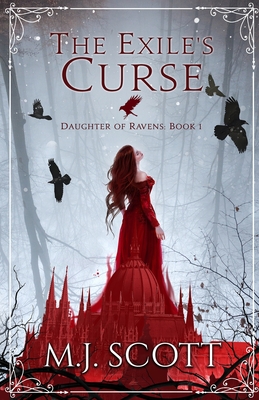 To save her new life, she needs the man who destroyed her old one...

Chloe de Montesse never thought she'd return from exile. Now she has a chance to reclaim the life she fled after her husband was executed for treason. But coming home again isn't as simple as it sounds. Her magic is rusty, her family want her to wrap her in cotton wool, and Illvyan society views her as a scandal waiting to happen. Worse, her new life keeps throwing her into the path of the man who destroyed her old one.

Lucien de Roche's magic bares the truth for all to see. He's used it to serve the empire, but there's one secret he's always kept hidden. The fact that he fell in love with his best friend's wife. And that he's never quite fallen out again. Now Chloe is back and it's no secret at all that she loathes him for his part in her husband's death. A sensible man would forget her...but he's tired of being sensible. And determined to keep her safe.

When a mission from the emperor takes them both into the wildest heart of the empire, to a country where power and loyalties collide, and old plots simmer back to life, Chloe finds herself dragged back into the past she wants to leave behind.

And her only way out might be Lucien. The man she thinks she can never trust. The man she wants to hate. Or hates to want...

The Exile's Curse. First in a brand new historical fantasy romance series set in the world of the Four Arts novels coming soon from M.J. Scott, RITA(R) Award nominated author of the Half-Light City series, the TechWitch series and the Wild Side Series.

You don't need to read the Four Arts books first but maybe you'd like to catch up?

Plus Courting The Witch, a prequel novella (previously published in the Warlords, Witches and Wolves Anthology, now including an all new bonus second epilogue).