Tao Te Ching: The Essential Translation of the Ancient Chinese Book of the Tao (Hardcover) 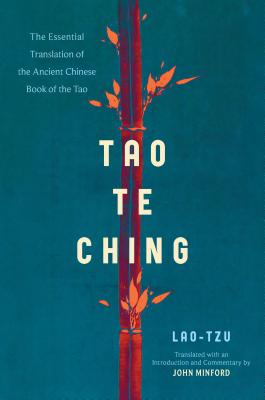 Tao Te Ching: The Essential Translation of the Ancient Chinese Book of the Tao (Hardcover)


This book has been declared out of stock indefinitely, so we are unlikely to be able to get it.
The original mindfulness book, in a landmark new translation by the award-winning translator of the I Ching and The Art of War

The most translated book in the world after the Bible, the Tao Te Ching, or “Book of the Tao,” is a guide to cultivating a life of peace, serenity, and compassion. Through aphorisms and parable, it leads readers toward the Tao, or the “Way”: harmony with the life force of the universe. Traditionally attributed to Lao-tzu, a Chinese philosopher thought to have been a contemporary of Confucius, it is the essential text of Taoism, one of the three major religions of ancient China. As one of the world’s great works of wisdom literature, it still has much to teach us today, offering a practical model based on modesty and self-restraint for living a balanced existence and for opening your mind, freeing your thoughts, and attaining greater self-awareness. With its emphasis on calm, simplicity, purity, and non-action, it provides a time-tested refuge from the busyness of modern life.

Lao-tzu, whose name means “Old Master,” was, according to legend, a contemporary of Confucius in the sixth century B.C.E. and the founder of the philosophical tradition of Taoism.

“A lucid translation [by] one of the most famous translators of Chinese into English.” —The New York Review of Books

“My first reaction as a Sinologist to a new translation of the Tao Te Ching is always: ‘Another one?! Whatever for?’ But then I began to read John Minford’s translation, and it immediately seduced me. . . . It has the mark of the craftsman: Its choice of words is not just judicious but also poetic, refreshing the at once limpid and ambiguous original and making it new. . . . The result is a metaphysical feast for those willing to slow down and read this text as it was meant to be read: meditatively.” —John Lagerwey, The Chinese University of Hong Kong

“A wonder and a delight. The simplicity and purity of this translation resonate directly with the original. It conveys the innermost essence of Chinese culture, drawing the reader deep into its enchantment and wisdom. Every word is charged with effortless energy—a radiant union of form and spirit.” —Tang Yuen-ha, Chinese opera artist

“Meditative reading, known as lectio divina, is a Benedictine tradition going back a millennium and a half. John Minford, using the term lectio Sinica, has creatively suggested such an approach as an essential way to read the Tao Te Ching.” —Nicholas Koss, Order of Saint Benedict

“Elegant and poetic, John Minford’s translation of the Tao Te Ching probably comes the closest of any to the essence of the mystical, ineffable Taoist classic. Minford wisely avoids providing one authoritative voice, instead introducing a rich tapestry of historical resonances that induce a meditative experience, as if harmonizing with an ensemble singing an ancient song.” —Yue Zhuang, University of Exeter