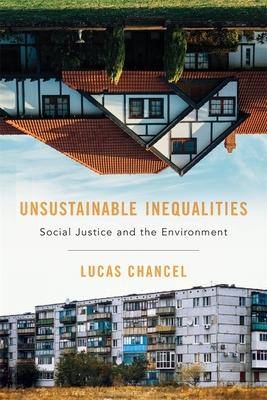 A Financial Times Best Book of the Year

A hardheaded book that confronts and outlines possible solutions to a seemingly intractable problem: that helping the poor often hurts the environment, and vice versa. Can we fight poverty and inequality while protecting the environment? The challenges are obvious. To rise out of poverty is to consume more resources, almost by definition. And many measures to combat pollution lead to job losses and higher prices that mainly hurt the poor. In Unsustainable Inequalities, economist Lucas Chancel confronts these difficulties head-on, arguing that the goals of social justice and a greener world can be compatible, but that progress requires substantial changes in public policy. Chancel begins by reviewing the problems. Human actions have put the natural world under unprecedented pressure. The poor are least to blame but suffer the most--forced to live with pollutants that the polluters themselves pay to avoid. But Chancel shows that policy pioneers worldwide are charting a way forward. Building on their success, governments and other large-scale organizations must start by doing much more simply to measure and map environmental inequalities. We need to break down the walls between traditional social policy and environmental protection--making sure, for example, that the poor benefit most from carbon taxes. And we need much better coordination between the center, where policies are set, and local authorities on the front lines of deprivation and contamination. A rare work that combines the quantitative skills of an economist with the argumentative rigor of a philosopher, Unsustainable Inequalities shows that there is still hope for solving even seemingly intractable social problems.