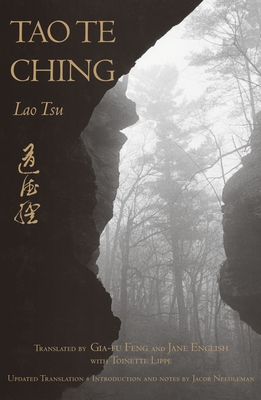 The most accessible and authoritative modern English translation of this esoteric but infinitely practical bestselling book.

"No one has done better in conveying Lao Tsu's simple and laconic style of writing, so as to produce an English version almost as suggestive of the many meanings intended." —Alan Watts

For nearly two generations, Gia-fu Feng and Jane English's bestselling translation of the Tao Te Ching has been the standard for those seeking access to the wisdom of Taoist thought. Now Jane English and her long-time editor, Toinette Lippe, have revised and refreshed the translation so that it more faithfully reflects the Classical Chinese in which it was first written, taking into account changes in our own language and eliminating any lingering infelicities. They have retained the simple clarity of the original rendering of a sometimes seemingly obtuse spiritual text, a clarity that has made this version a classic in itself, selling over a million copies.

Written most probably in the sixth century B.C. by Lao Tsu, this esoteric but infintely practical book has been translated into English more frequently than any other work except the Bible. Gia-fu Feng and Jane English's superb translation offers the essence of each word and makes Lao Tsu's teaching immediate and alive. This edition includes an introduction and notes by the well-known writer and scholar of philosophy and comparative religion, Jacob Needleman.

LAO TZU, whose name means "Old Master," was a contemporary of Confucius in the sixth century B.C.E. and the founder of the philosophical tradition of Taoism.

"No one has done better in conveying Lao Tsu's simple and laconic style of writing, so as to produce an English version almost as suggestive of the many meanings intended." —Alan Watts