The Limits of Partnership: U.S.-Russian Relations in the Twenty-First Century - Updated Edition (Paperback) 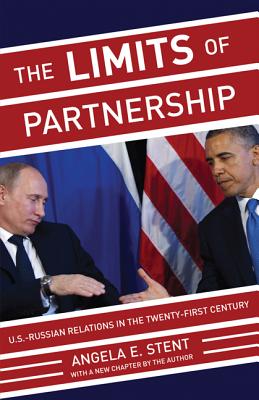 The Limits of Partnership: U.S.-Russian Relations in the Twenty-First Century - Updated Edition (Paperback)

A gripping account of U.S.-Russian relations since the end of the Soviet Union

The Limits of Partnership is a riveting narrative about U.S.-Russian relations from the Soviet collapse through the Ukraine crisis and the difficult challenges ahead. It reflects the unique perspective of an insider who is also recognized as a leading expert on this troubled relationship. American presidents have repeatedly attempted to forge a strong and productive partnership only to be held hostage to the deep mistrust born of the Cold War. For the United States, Russia remains a priority because of its nuclear weapons arsenal, its strategic location bordering Europe and Asia, and its ability to support-or thwart-American interests. Why has it been so difficult to move the relationship forward? What are the prospects for doing so in the future? Is the effort doomed to fail again and again? What are the risks of a new Cold War? Angela Stent served as an adviser on Russia under Bill Clinton and George W. Bush, and maintains dialogues with key policymakers in both countries. Here, she argues that the same contentious issues-terrorism, missile defense, Iran, nuclear proliferation, Afghanistan, the former Soviet space, the greater Middle East-have been in every president's inbox, Democrat and Republican alike, since the collapse of the USSR. Stent vividly describes how Clinton and Bush sought inroads with Russia and staked much on their personal ties to Boris Yeltsin and Vladimir Putin-only to leave office with relations at a low point-and how Barack Obama managed to restore ties only to see them undermined by a Putin regime resentful of American dominance and determined to restore Russia's great power status. The Limits of Partnership calls for a fundamental reassessment of the principles and practices that drive U.S.-Russian relations, and offers a path forward to meet the urgent challenges facing both countries. This edition includes a new chapter in which Stent provides her insights about dramatic recent developments in U.S.-Russian relations, particularly the annexation of Crimea, war in Ukraine, and the end of the Obama Reset.
Angela E. Stent is professor of government and foreign service and director of the Center for Eurasian, Russian, and East European Studies at Georgetown University. She has served in the U.S. Department of State and at the National Intelligence Council. Her books include Russia and Germany Reborn: Unification, the Soviet Collapse, and the New Europe (Princeton).