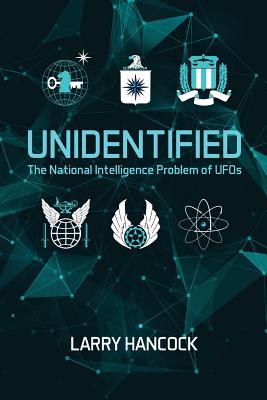 By Larry Hancock
$33.29
We can usually get this book in 3 to 5 days, except during a pandemic. We are doing our best

There is simply no doubt that unidentified aerial objects were taken seriously by military intelligence. Over some three decades both military and civilian intelligence groups used the standard methods of conventional and technical intelligence to resolve what was officially stated to be a serious security and air defense problem. Those well-established methods failed, frustrating those involved in investigations and creating serious public relations and credibility problems for the U.S. Air Force. Ultimately the only solution to the UFO problem was to simply abandon it. In the end the intelligence challenge of highly anomalous "unknowns" - unconventional aerial objects internally and confidentially described in both Air Force and CIA reports as national security threats - had literally beaten the system.

Unidentified explores that intelligence failure, beginning during World War II and continuing over some three decades of official inquiries. It also profiles the events - including inter-service and inter-agency political posturing - which prevented the problem from being elevated to a level of true national security tasking. The ongoing Air Force decision to study the problem only at the level of individual incidents and the larger failure to task the broader intelligence community with a longer term, strategic analysis of security related UFO activities ensured that the fundamental problem was simply not addressed. The end result was nothing more than over a thousand highly unconventional and anomalous UFO reports officially classified and archived as "Unknowns".

In Unidentified, Larry Hancock turns to the strategic intelligence practices - better known as indications analysis - that were not tasked to the national intelligence community. He presents a series of indications studies which suggest something very different from the official statement on UFOs officially offered by the Air Force. In these studies Unidentified examines and details patterns of UFO activity strongly suggesting that "unknown parties" actively probed America's strategic military capabilities - at the same time demonstrating an undeniable ability to project force against the nation's atomic warfighting complex. Beyond that, the operational patterns in the UFO activities revealed in the analysis also suggest a clear effort at "messaging", one which appears to have failed. Published June 2017 by Treatise Publishing.