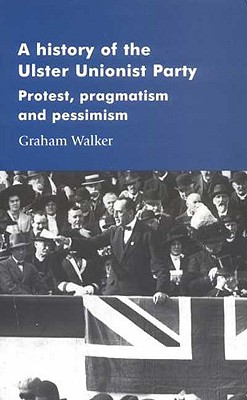 
We can usually get this book in 3 to 7 days, except during a pandemic. We are doing our best
This is the first substantial history to trace the political development of the Ulster Unionist Party through the years of protest and opposition to Irish Home Rule to the half-century as a governing party within Northern Ireland, and beyond to the current attempts to bring peace to the
Province. It demonstrates why the Party is so central to efforts to reach a political settlement, and explains why it has for so long been the main political voice of the pro-Union electorate in Northern Ireland. An important and scholarly work based on extensive primary source research, it brings to light forgotten historical episodes of contemporary political significance, and provides new angles on old controversies and debates. The book discusses the evolution of the Ulster Unionist Party with reference
to competing ideological currents, class and social tensions within the Unionist movement, and the role of leadership figures and maverick personalities. This is a book that maps the party's historical journey from the dramatic days of Carson to the current predicaments of Trimble.

Graham Walker is Reader in Politics at Queen's University, Belfast