The Mysterious Case of the Mary Celeste: 150 Years of Myth and Mystique (Hardcover) 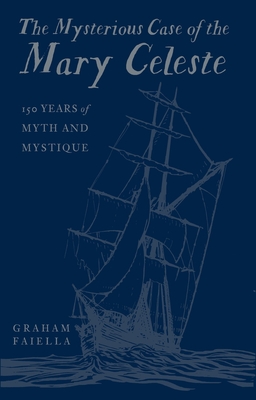 The Mysterious Case of the Mary Celeste: 150 Years of Myth and Mystique (Hardcover)


Coming Soon - Available for Pre-Order Now
An annotated anthology of the 150 years’ legacy of fact, fiction, and ‘fake news’ surrounding the mysterious abandonment of the brigantine Mary Celeste.

The brigantine Mary Celeste was found abandoned and deserted, under sail, near the Azores, by the brigantine Dei Gratia, on 4 December 1872. And from that discovery, ‘the greatest mystery of the sea’ was born. Why had the vessel been abandoned by her crew, including the captain’s wife and young daughter, when she was apparently seaworthy and in good order? The Mary Celeste mystery soon inspired a pick-and-mix assortment of conjecture, supposition, and ‘fake news’ for the desertion of the derelict.

This new study commemorating the 150th anniversary of the incident, presents the facts, news reports, ‘fake news,’ and legacy of mystique and myth about a mystery that has often claimed to have been solved but which has remained an enduring enigma for so many years.
Graham Faiella has a deep and abiding interest in the lives of seafarers and ships, particularly of the deep-sea sailing ship era. He has personally sailed as crew on yachts, twice across the Atlantic, and on a 1750-tonne motor yacht around the world in 18 months (1973/74). He has accumulated a library collection of c.1000 books on ships, seafarers, and navigation, etc. and has previously written the Thrilling Tales of the Sea series for The History Press. He lives in London.