Palestine in the Victorian Age: Colonial Encounters in the Holy Land (Paperback) 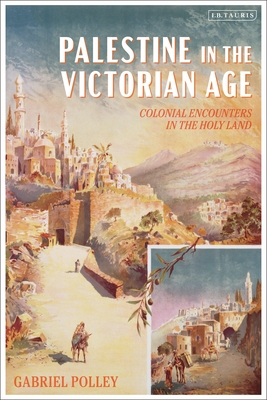 Palestine in the Victorian Age: Colonial Encounters in the Holy Land (Paperback)


Coming Soon - Available for Pre-Order Now
Narratives of the modern history of Palestine/Israel often begin with the collapse of the Ottoman Empire and Britain's arrival in 1917. However, this work argues that the contest over Palestine has its roots deep in the nineteenth century, with Victorians who first cast the Holy Land as an area to be possessed by empire, then began to devise schemes for its settler colonization. The product of historical research among almost forgotten guidebooks, archives and newspaper clippings, this book presents a previously unwritten chapter of Britain's colonial desire, and reveals how indigenous Palestinians began to react against, or accommodate themselves to, the West's fascination with their ancestral land. From the travellers who tried to overturn Jerusalem's holiest sites, to an uprising sparked by a church bell and a missionary's tragic actions, to one Palestinian's eventful visit to the heart of the British Empire, Palestine in the Victorian Age reveals how the events of the nineteenth century have cast a long shadow over the politics of Palestine/Israel ever since.
Gabriel Polley is an activist and historian with a particular interest in the Middle East, colonialism and liberation struggles, and the environment. He holds a doctorate in Palestine studies from the University of Exeter.