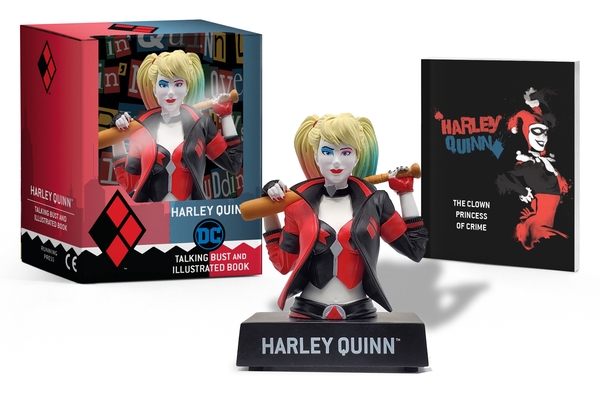 
We can usually get this book in 3 to 7 days, except during a pandemic. We are doing our best
DC Comics' wild and wonderful star, Harley Quinn, becomes your personal inspirational icon with this talking collectible figure. Kit includes: