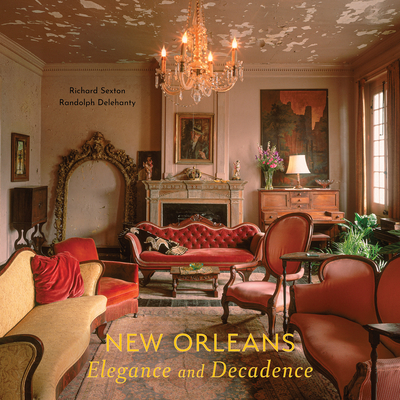 
Coming Soon - Available for Pre-Order Now
This second edition of New Orleans: Elegance and Decadence breathes new life into a highly popular book that sold over 90,000 units in its first iteration 30 years ago. There is a new generation unfamiliar with the book who will embrace its focus on the unique aesthetic that blossomed among New Orleans' most eccentric and creative dreamers in the 1990s. Some were artists; others were architects, preservationists, activists, antiquarians, restaurateurs, and teachers, all living outside the American mainstream. Photographer Richard Sexton documented where and how they lived; what they hoarded, collected, and worshipped. As the revised narrative makes clear, much has changed in New Orleans over the 30 years since this book first appeared, but far more has stayed the same. The reader/viewer of this visually and historically rich book learns that people can create their own evocative environments that express their inner selves.