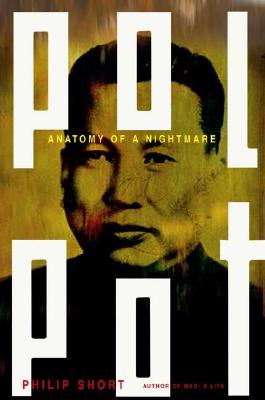 In the three and a half years of Pol Pot's rule, more than a million Cambodians, a fifth of the country's population, were executed or died from hunger. An idealistic and reclusive figure, Pol Pot sought to instill in his people values of moral purity and self-abnegation through a revolution of radical egalitarianism. In the process his country descended into madness, becoming a concentration camp of the mind, a slave state in which obedience was enforced on the killing fields.

How did a utopian dream of shared prosperity mutate into one of the worst nightmares humanity has ever known? To understand this almost inconceivable mystery, Philip Short explores Pol Pot's life from his early years to his death. Short spent four years traveling throughout Cambodia interviewing the surviving leaders of the Khmer Rouge movement, many of whom have never spoken before, including Pol Pot's brother-in-law and the former Khmer Rouge head of state. He also sifted through the previously closed archives of China, Russia, Vietnam, and Cambodia itself to trace the fate of one man and the nation that he led into ruin.

This powerful biography reveals that Pol Pot and the Khmer Rouge were not a one-off aberration but instead grew out of a darkness of the soul common to all peoples. Cambodian history and culture combined with intervention from the United States and other nations to set the stage for a disaster whose horrors echo loudly in the troubling events of our world today.

Philip Short has been a foreign correspondent for "The Times "(London), "The Economist," and the BBC in Uganda, Moscow, China, and Washington, D.C. He is the author of the definitive biography of Mao Tse-tung, and lived in China and Cambodia in the 1970s and early 1980s, where he has returned regularly ever since. He now lives in southern France with his Chinese wife.

“An intelligent and compassionate account of the Cambodian nightmare.”—The Spectator

“Extraordinary and brilliant... This hugely impressive book is more than just the life story of an individual. It is also the biography of a nation... Short has exposed secrets, knitting together a story which it once seemed would never be told. The result is horrific, but it must be read.”—The Scotsman

“Unerringly broadens the enquiry to the point where serious history begins and serious judgments can be made.”—Financial Times

“A comprehensive and eloquent biography...This is a long, dark and necessary book..”—Literary Review, London

“Short is a gifted biographer who knows his communists. [His account] is the most definitive yet.”—Time [Asian edition]

“Short’s most valuable contribution is to bring clear thinking to the question of blame... He is brisk about the cynical policy of Vietnam... and also indicts the Chinese, who have largely escaped censure for their complicity with the Khmer Rouge.”—Sunday Times, London

“A brilliantly detailed account and a salutary one.”—Sunday Herald, Glasgow