Into the Heart of Life: Henry Miller at One Hundred (Paperback) 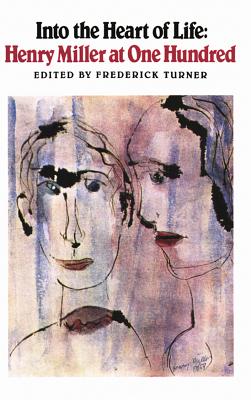 Into the Heart of Life: Henry Miller at One Hundred (Paperback)

This is book number 728 in the New Directions Paperbook series.

In celebration of the centennial of his birth, Into the Heart of Life: Henry Miller at One Hundred gathers a captivating selection of writings from ten of his books.

The delights of his prose are many, not the least of which is Miller's comic irony, which as The London Times noted, can be "as stringent and urgent as Swift's." Frederick Turner has organized the whole to highlight the autobiographical chronology of Miller's life, and along the way places the author squarely where he belongs––in the great tradition of American radical individualism, as a child of Emerson, Thoreau, and Whitman. Miller, who joyously declared "I am interested––like God––only in the individual," would have been pleased. The keynotes here are self-liberation and the pleasures of Miller's "knotty, cross-grained" genius, as Turner describes it––"defying classification, ultimately unamenable to any vision, any program not [his] own." Or, as Henry Miller himself put it: "I am the hero and the book is myself."

Henry Miller (1891—1980) was one of the most controversial American novelists during his lifetime. His book, The Tropic of Cancer, was banned in the some U.S. states before being overruled by the Supreme Court. New Directions publishes several of his books.