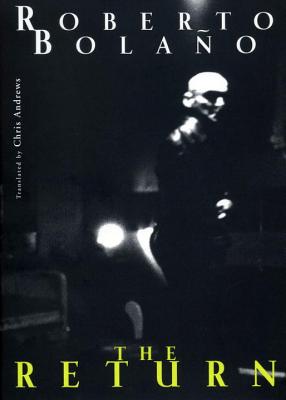 Here is the eagerly anticipated second volume of stories by Roberto Bolano. Tender or etched in acid; hazily suggestive or chillingly definitive: a trove of strangely arresting, short master works.

As Pankaj Mishra remarked in The Nation, one of the remarkable qualities of Bolano’s short stories is that they can do the “work of a novel.” The Return contains thirteen unforgettable stories bent on returning to haunt you. Wide-ranging, suggestive, and daring, a Bolano story might concern the unexpected fate of a beautiful ex-girlfriend or a dream of meeting Enrique Lihn: his plots go anywhere and everywhere and they always surprise. Consider the title piece: a young party animal collapses in a Parisian disco and dies on the dance floor; just as his soul is departing his body, it realizes strange doings are afoot—and what follows next defies the imagination (except Bolano’s own).

Although a few have been serialized in The New Yorker and Playboy, most of the stories of The Return have never before appeared in English, and to Bolano’s many readers will be like catnip to the cats.

Author of 2666 and many other acclaimed works, Roberto Bolano (1953-2003) was born in Santiago, Chile, and later lived in Mexico, Paris, and Spain. He has been acclaimed “by far the most exciting writer to come from south of the Rio Grande in a long time” (Ilan Stavans, The Los Angeles Times),” and as “the real thing and the rarest” (Susan Sontag). Among his many prizes are the extremely prestigious Herralde de Novela Award and the Premio Rómulo Gallegos. He was widely considered to be the greatest Latin American writer of his generation. He wrote nine novels, two story collections, and five books of poetry, before dying in July 2003 at the age of 50.

Chris Andrews was born in Newcastle, Australia, in 1962. He studied at the University of Melbourne and taught there, in the French program, from 1995 to 2008. He also taught at the University of Western Sydney, where he was a member of the Writing and Society Research Center. As well as translating nine books by Roberto Bolano and ten books (and counting) by César Aira, he also brought the French author Kaouther Adimi’s Our Riches into English for New Directions. Andrews has won the Valle-Inclán Prize and the French-American Foundation Translation Prize for his translations. Additionally, he has published the critical studies Poetry and Cosmogony: Science in the Writing of Queneau and Ponge and Roberto Bolano's Fiction: An Expanding Universe as well as two collections of poems, Cut Lunch and Lime Green Chair, for which he won the Anthony Hecht Poetry Prize.
Bolaño has joined the immortals.
— The Washington Post

Bolaño has proven [literature] can do anything.
— Jonathan Lethem - The New York Times

A rare and precious collection…. [It] transports you on as many tiny, immersive vacations as there are stories in the book.
— Venus Zine