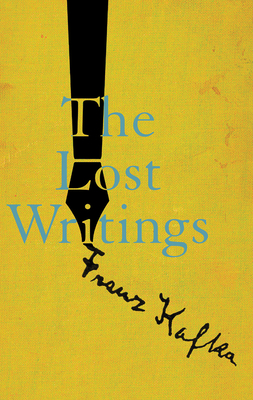 By Franz Kafka, Reiner Stach (Editor), Michael Hofmann (Translated by)
$18.95
On Our Shelves Now as of 24 Hours Ago

A windfall for every reader: a trove of marvelous impossible-to-find Kafka stories in a masterful new translation by Michael Hofmann

Selected by thepreeminentKafka biographer and scholar Reiner Stach and newly translatedby the peerless Michael Hofmann, theseventy-four pieces gathered herehave been lost to sight for decades and two of them have never been translated into English before.Some stories are several pages long; some run about a page; a handful are only a few lines long:all aremarvels. Even the most fragmentary texts are revelations. These pieces were drawn from two large volumes of the S. Fischer Verlag editionNachgelassene Schriften und Fragmente(totaling some 1100 pages).

Franz Kafka is the master of the literary fragment, as Stach comments in his afterword: "In no other European author does the proportion of completed and published works loom quite so...small in the overall mass of his papers, which consist largely of broken-off beginnings. In fact, as Hofmann recently added: Finished' seems to me, in the context of Kafka, a dubious or ironic condition, anyway. The more finished, the less finished. The less finished, the more finished. Gregor Samsas sister Grete getting up to stretch in the streetcar. What kind of an ending is that?! Theres perhaps some distinction to be made betweenfinished' andended.' Everything continues to vibrate or unsettle, anyway. Reiner Stach points out that none of the three novels werecompleted.' Some pieces break off, or are concluded, or stopit doesnt matter!after two hundred pages, some after two lines. The gusto, the friendliness, the wit with which Kafka launches himself into these things is astonishing.

Franz Kafka (18831924) was one of the most important writers of the twentieth century. His major novels includeThe Trial,The Castle, andAmerika.

The poet Michael Hofmann has won numerous prizes for his German translations.

Kafka himself stays well enough afloat. Even when he fumbles, he never falls wholly flat: at his worst, he is provocative yet provisional. But at his best, he is hilarious and mordant, mired in the impossibilities that he could neither live with nor without.
— Becca Rothfeld - Bookforum

This delightful collection features dozens of untitled fragments, false starts, and unfinished work by Kafka, found and chosen by biographer Stach...Opening sentences such as I was allowed to set foot in a strange garden and The city resembles the sun, make the readers pulse heighten with the thrill of entering the space of great literature. This offers precisely the kind of fare Kafka enthusiasts would hope for from the legendary writers archives.
— Publishers Weekly

They have been translated by polyphonic, wizardly Michael Hofmann, who has made of Kafka a marvelous, often very humorous writer of eccentric English prose.
— Reading in Translation

These marks make visible the fourth wall that is implicit in each work Kafka left in some way unfinished, and even in those whose publication he permitted. Its not only the characters, but Kafka himself who could find no way out. The Lost Writings helps us linger with him, in his impassable doorways.
— Nathan Goldman - The Baffler

I think of a Kafka story as a perfect work of literary art, as approachable as it is strange, and as strange as it is approachable.
— Michael Hofmann

Kafka is the greatest German writer of our time. Such poets as Rilke or such novelists as Thomas Mann are dwarfs or plaster saints in comparison to him.
— Vladimir Nabokov