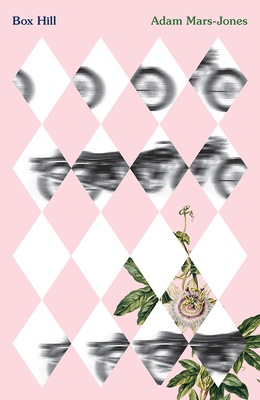 The winner of the 2019 Fitzcarraldo Editions Novel Prize

A sizzling and deeply touching love story between two men, set in the gay biker community of 1970s London

In Box Hill, a vivid coming-of-age novel, a young man suddenly wakes up to his gay self—on his eighteenth birthday, when he receives the best gift ever: love and sex. In the woodsy cruising grounds of Box Hill, chubby Colin literally stumbles over glamorous Ray—ten years older, leather-clad, cool, handsome, a biker, and a top. (Colin, if largely unformed, is nevertheless decidedly a bottom.) Colin narrates his love—conveying how mind-blowing being with Ray is—in comically humble-pie terms. “If there are leaders then there must be followers, and I had followership skills in plenty just waiting to be tapped. To this day I can’t see a fat kid in shorts without wanting to rush over and give him what comfort I can. To tell him it won’t always be like this.”

Mars-Jones uses Colin’s naivete to give a fresh view of the world and of love. Before long, however, homophobia, class, family strife, and loss rear their ugly heads. Yet in the end, it seems Colin’s modest view oddly takes in the widest horizon: he learns that “people can care about anything.” A surprise and a pleasure, Box Hill is an intensely moving short novel.

Adam Mars-Jones' collection of stories Lantern Lecture won a 1982 Somerset Maugham Award, and he has since published a debut novel, Pilcrow (2008) and a second novel, Cedilla (2011). Other books include Noriko Smiling (2011, focused on Yasujiro Ozu), his memoir, Kid Gloves (2015), and a selection of his film writings, Second Sight (2019). He writes book reviews for the Observer and the London Review of Books.

Mars-Jones’ trim, poignant novel humanizes the intricacies of a dominant-submissive gay relationship.... As the narrator says, “What I saw of his life was about excitement, about magic,” a spell that will fall on readers, too.
— Kirkus (starred)

Mars-Jones’s prose is exceptionally nimble, dry, humorously restrained, very English, with a little Nabokovian velvet too. He can describe more or less anything and make it interesting.
— James Wood - London Review of Books

Mars-Jones is a writer of wonderful originality and wit.
— The Times (London)

I very much enjoyed Box Hill. It is a characteristic Mars-Jones mixture of the shocking, the endearing, the funny, and the sad, with an unforgettable narrator. The sociological detail is as ever acutely enduring.