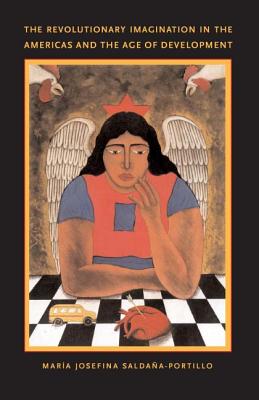 
This book has been declared out of stock indefinitely, so we are unlikely to be able to get it.
In The Revolutionary Imagination in the Americas and the Age of Development, Mar a Josefina Salda a-Portillo boldly argues that crucial twentieth-century revolutionary challenges to colonialism and capitalism in the Americas have failed to resist--and in fact have been constitutively related to--the very developmentalist narratives that have justified and naturalized postwar capitalism. Salda a-Portillo brings the critique of development discourse to bear on such exemplars of revolutionary and resistant political thought and practice as Ernesto "Che" Guevara, Malcolm X, the Sandinista government of Nicaragua, and the Guatemalan guerrilla resistance. She suggests that for each of these, developmentalist constructions frame the struggle as a heroic movement from unconsciousness to consciousness, from a childlike backwardness toward a disciplined and self-aware maturity.

Reading governmental reports, memos, and policies, Salda a-Portillo traces the arc of development narratives from its beginnings in the 1944 Bretton Woods conference through its apex during Robert S. McNamara's reign at the World Bank (1968-1981). She compares these narratives with models of subjectivity and agency embedded in the autobiographical texts of three revolutionary icons of the 1960s and 1970s--those of Che Guevara, Guatemalan insurgent Mario Payeras, and Malcolm X--and the agricultural policy of the Sandinista National Liberation Front (FSLN). Salda a-Portillo highlights a shared paradigm of a masculinist transformation of the individual requiring the "transcendence" of ethnic particularity for the good of the nation. While she argues that this model of progress often alienated the very communities targeted by the revolutionaries, she shows how contemporary insurgents such as Rigoberta Mench , the Zapatista movement, and queer Aztl n have taken up the radicalism of their predecessors to retheorize revolutionary subjectivity for the twenty-first century.