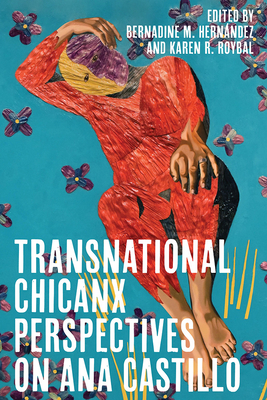 
This book has been declared out of stock indefinitely, so we are unlikely to be able to get it.
For more than forty years, Chicana author Ana Castillo has produced novels, poems, and critical essays that forge connections between generations; challenge borders around race, gender, and sexuality; and critically engage transnational issues of space, identity, and belonging. Her contributions to Latinx cultural production and to Chicana feminist thought have transcended and contributed to feminist praxis, ethnic literature, and border studies throughout the Americas. Transnational Chicanx Perspectives on Ana Castillo is the first edited collection that focuses on Castillo’s oeuvre, which directly confronts what happens in response to cultural displacement, mixing, and border crossing. Divided into five sections, this collection thinks about Castillo’s poetics, language, and form, as well as thematic issues such as borders, immigration, gender, sexuality, and transnational feminism. From her first political poetry, Otro Canto, published in 1977, to her mainstream novels such as The Mixquiahuala Letters, So Far From God, and The Guardians, this collection aims to unravel how Castillo’s writing impacts people of color around the globe and works in solidarity with other third world feminisms.
Bernadine Hernández is assistant professor of American literary studies at the University of New Mexico. She is the author of Border Bodies: Racialized Sexuality, Sexual Capital, and Violence in the Nineteenth Century Borderlands.

Karen R. Roybal is assistant professor of Southwest studies at Colorado College. She is the author of Archives of Dispossession: Recovering the Testimonios of Mexican American Herederas, 1848–1960.

“The range and depth of Transnational Chicanx Perspectives on Ana Castillo is truly breathtaking. Hernández and Roybal have assembled a number of brilliant scholars who illuminate how Ana Castillo’s extensive body of work extends from the local to the global, persuasively revealing the international reach of Chicana feminist writing. The value of this collection—and its importance for and beyond the classroom—is immeasurable.” —Richard T. Rodríguez, University of California, Riverside